SuperValu in North Clondalkin slashes €50,000 off its energy bills.

SuperValu in Rowlagh, North Clondakin, has shaved a massive €50,000 off its energy bills through a combination of clever procurement, LED switching and updating refrigeration equipment.

William hails from a farming background in Limerick but moved into retail at an early age first as a trainee with Quinnsworth before travelling up through the ranks at SuperValu. He opened his first shop in Dunboyne in 1997 before selling in 2002 and moving to his larger shop in Rowlagh.

‘While our shop here is relatively new build, after eleven years we found our lighting, especially our old tubes, were starting to fail,’ says William. ‘Around the same time, we were introduced to Get Solutions through the independent Convenience store association, the CSNA. We decided it made sense to look at their offerings.’

Get Solutions is an energy specialist company offering its clients significant savings in energy provision through a variety of solutions. The solution that appealed to William was their free audit on his lighting and a subsequent report on the savings that could be achieved.

‘Get Solutions came in and did a thorough audit of the store,’ says William. ‘The report they produced was very detailed and outlined which lights to switch out, what should replace them, where we could improve our lighting quality and how much we would save. At the end of the day it was a no brainer. Every light was replaced with the peace of mind of a minimum five-year guarantee included for all fittings.’

William also chose to finance the investment of €34,000 in the new lighting through AIB. ‘It was a very simple procedure,’ says William. ‘Once I had the forms filled in online the loan was approved and I simply had to pop into the local AIB branch and it took five minutes to have the loan agreement signed.’

William now expects for the savings in energy to repay for the cost of LED switchout in 3.7 years. William’s annual energy bill had hovered around the €120,000 mark. ‘Aside from the financial benefit, it is better for the environment to use less energy and any future energy cost increases will impact less on the business. This is something that is important to me. Working with Get Solutions was a wonderful experience and I can totally recommend them,’ he says. 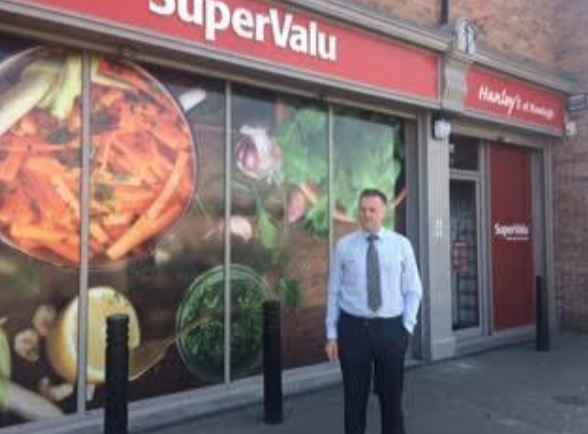